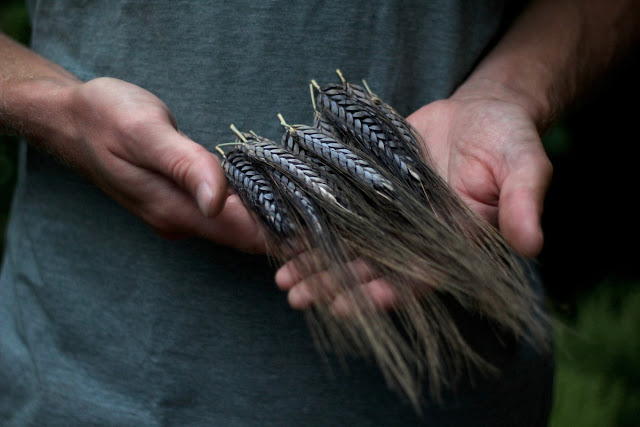 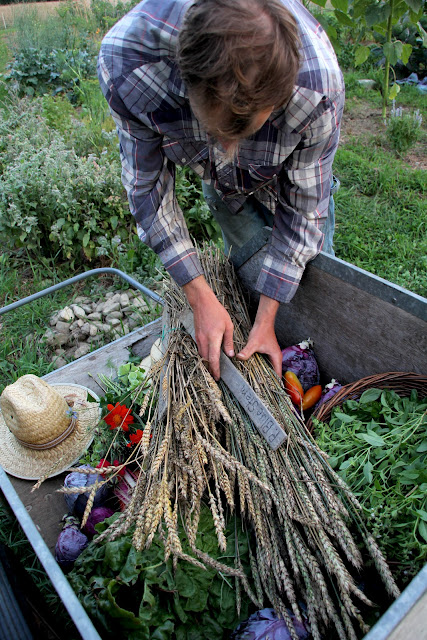 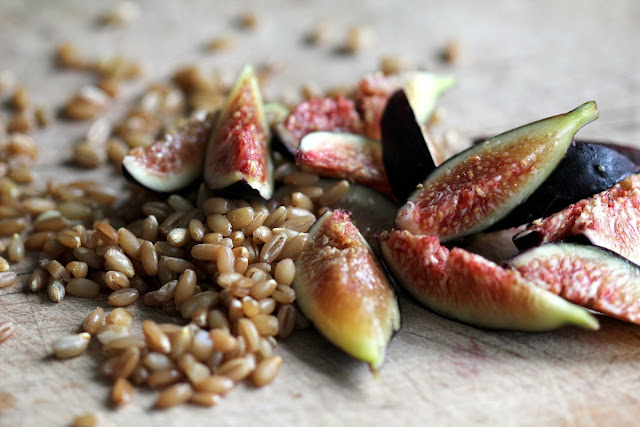 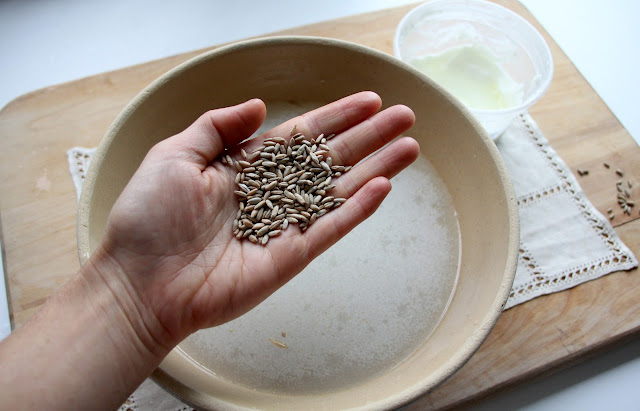 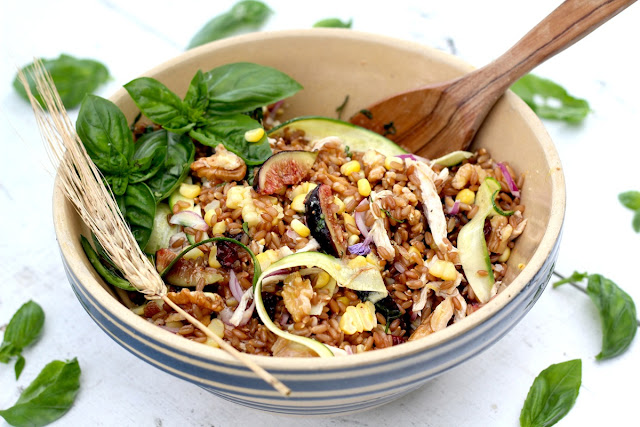 Easy Ruby Sauerkraut (In a Jar!!) 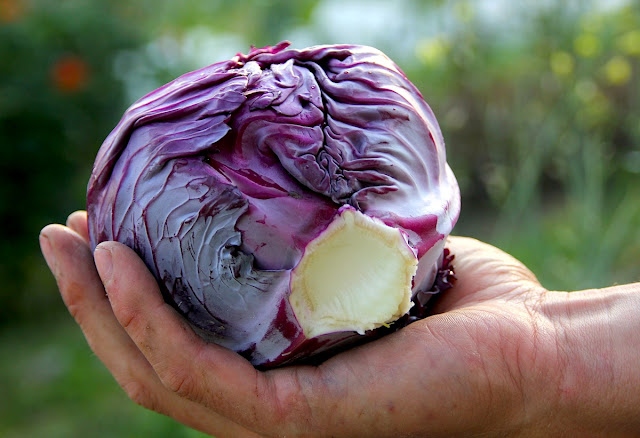 Part of me was sad when it came time to actually make something with our cabbage because it meant I could no longer take photos of it. 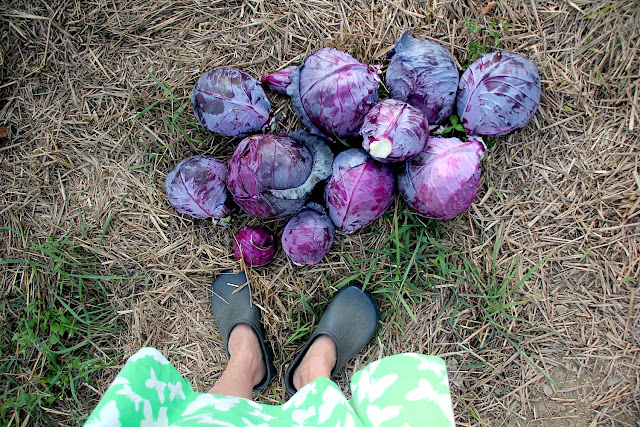 For a few glorious days, I was the red cabbage paparazzi, following their every move, shooting them from every angle. I mean. What more photogenic vegetable is there? I was all the more attached to them because we grew these babies from seed so I've watched them from their infancy as delicate seedlings that survived a sopping wet spring, to their remay-blanketed childhood, in our best attempt to protect them from rapacious flea beetles. On more than one occasion, we delivered them from a lambsquarter take-over. 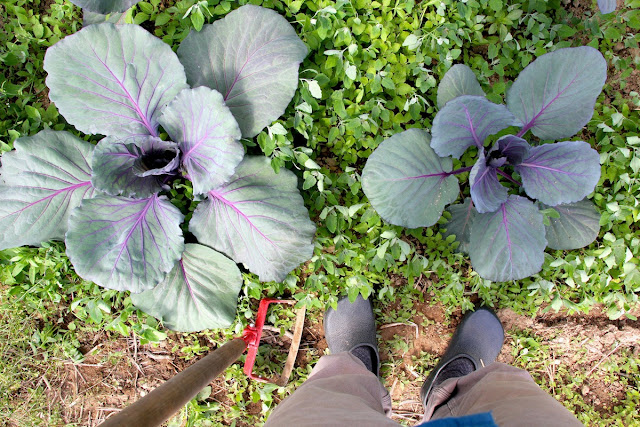 They made it through their parched adolescence under a scorching July, and then one day in late August, there they were, all grown up and screaming to be harvested. 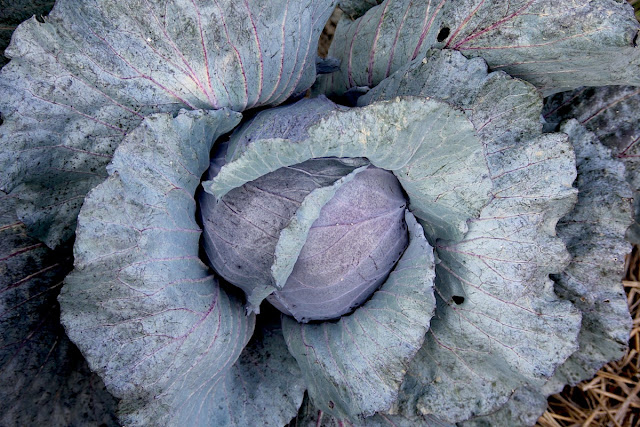 This summer I succumbed to the lacto-fermentation craze, took a workshop, and learned how to make the most easy sauerkraut recipe I've come across. I also learned that you can pretty much throw any veggies in a jar with the right amount of salt (or in some cases a salt & water brine) and watch the fermentation miracle unfold. After the workshop we promptly bought Sandor Katz's new book "The Art of Fermentation" (known by fermentation fanatics and Katz groupies as THE BIBLE) and now the sky is the limit. We have got a couple dozen jars of various veggies bubbling away on our shelves, everything from cauliflower and carrots to dilly beans, pickled cukes, peppers, and the queen of the pack...  ruby kraut.

The fabulous thing about this kraut-making technique is how simple it is. Although I love sauerkraut, the idea of preparing it never really appealed to me. It seemed complicated somehow and I pictured large, hard-to-find vats filled with stinky cabbage in a dark basement with random objects pressing it down. The possibility of having to scoop mould off the top (even though I know it's harmless) didn't exactly get my blood pumping either.

I don't really know how to describe these jars other than to say you know, the French ones with the rubber gaskets and metal clasps. I'm sure you've seen them. A few companies make them including Le Parfait and Fido. And no, I don't just love these because they're French. What these jars will do that other jars won't, is seal your ferments so they don't get mouldy, while at the same time, allowing excess fermentation gases to escape so the glass won't shatter from the built-up pressure once the bubbling begins. However, you must obey the cardinal rule: NEVER, EVER open the jar unless you are ready to eat what's inside (that means no peeking peekers!) The jars are pricey but well worth the investment and if you have some older ones lying around or find some at a yard sale, you can always replace the rubber gaskets (you can order them here). 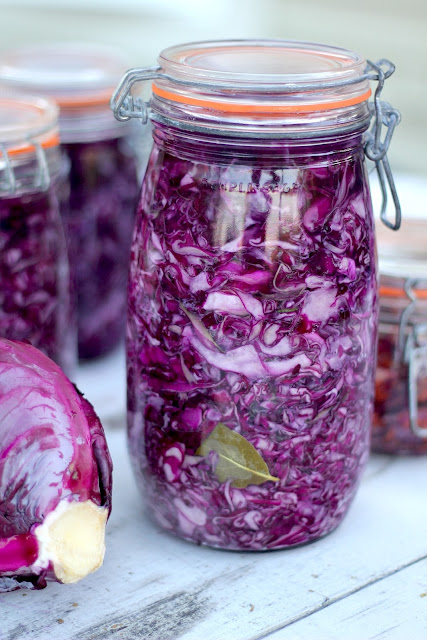 Why is it called lacto-fermentation? No, there's no milk involved, only vegetables and salt. But one of the by-products of fermentation is lactic acid, which not only preserves the veggies but promotes the growth of healthy bacteria in our guts. In other words, you don't need to buy expensive probiotic supplements, you can grow them yourself, in a jar! Fermentation has been going on in one way or another in all cultures around the world, since long before freezing and canning became the preferred ways to preserve food. The fermentation process enhances the digestibility and nutrient content of food. And since no heat processing is involved, the raw enzymes are left intact. In 2002, The Journal of Agricultural and Food Chemistry published a study showing that a compound in fermented cabbage helps prevent the growth of cancer.

But here is my favourite thing about lacto-fermentation. Unlike canning, which can take hours because of all the sterilizing and boiling, preparing foods for fermenting can take mere minutes since botulism and other toxic bacteria are not a concern, as the marvellous Sandor Katz explains in this video. Lacto-ferments are teeming with good microbes, which crowd out the harmful bacteria, so it is truly a LIVING and life-giving food. 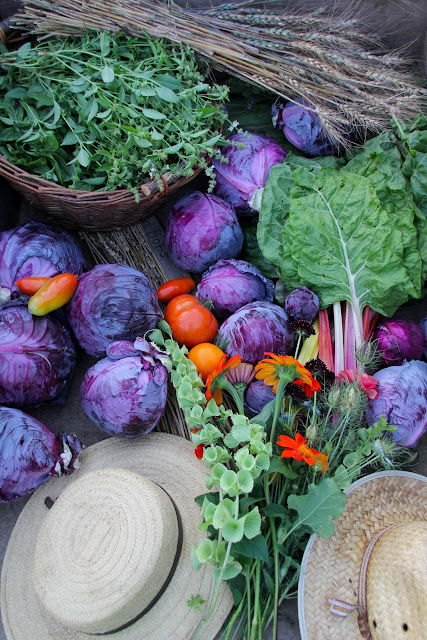 Remove the part of the cabbage you won't use (outer leaves, stem, etc...). Weigh the cabbage to get 5 lbs. If you have more or less, make the appropriate calculation so the salt ratio stays the same.

Slice / shred your cabbage adding salt as you go and throwing everything into a large mixing bowl. Once all the cabbage is shredded and salt incorporated, add your optional flavourings (juniper berries, caraway seeds, or bay leaves).

Stuff the seasoned shredded cabbage into clean metal-clasp jars such as Fido or LeParfait. (You don't need to sterilize the jars like you do in canning, but they should be perfectly clean). Press the cabbage down as much as you can. You can even pound it a bit with the end of a rolling pin to get more liquid out. After pressing it down repeatedly, the cabbage will produce enough juice to submerge the kraut. Once this has happened, take an intact cabbage leaf and place it on top of the cabbage, pressing down. This will help the shredded cabbage stay under the brine. Wipe the rim and close your jar.

Leave the jar at room temperature for about a week and then move it to a cooler place such as a basement. It should be ready to eat within a month and will keep for up to a year or longer. Do not under any circumstances open the jar until you are ready to eat your kraut!

I would love to hear in the comment section below from people who have tips, techniques, and favourite recipes for kraut and other ferments...  For instance I've heard that a grape leaf placed on top of the kraut before closing the jar will give your kraut some extra crunch. Happy krauting everyone!