Here's something you won't see too often on this blog: a candy recipe. But I am completely smitten with these chewy caramels that taste like salty butter and pumpkin pie and all things cozy and autumnal. So here you go... 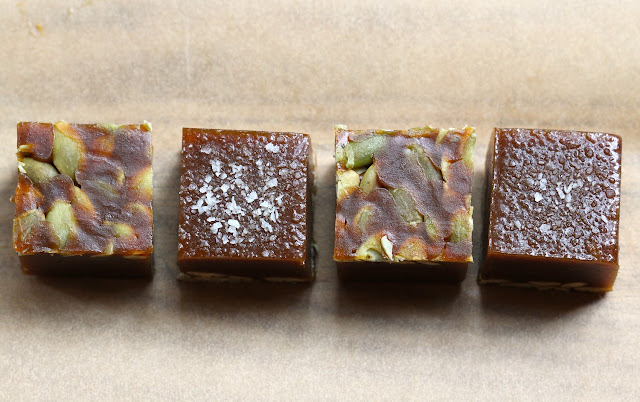 I am not much of a candy person. My sweet tooth is very directionally and enthusiastically aimed at the cookies / cakes / anything-made-with-dough category. But as a kid, I loved those little square, plastic-wrapped caramels... you know the ones people give out on Halloween? My mom wasn't big on sugary treats, in fact there was a time when I wasn't allowed to eat anything with refined sugar in it. Only honey, maple syrup and natural sweeteners were permitted. She relented one Halloween when my friend's parents accused her of child cruelty. (LOL, thanks friend's parents!) As a result, I was not as accustomed to sugar as some kids, and I remember sitting with a bag of Halloween treats, surrounded by those crinkly plastic caramel wraps, and one serious sugar hangover. 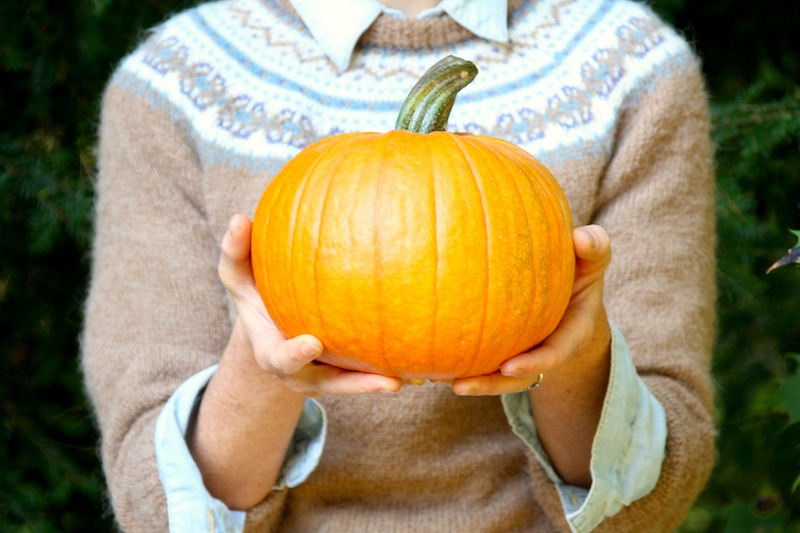 Since we recently harvested our pumpkins, the sight of this recipe from Food 52 got me whipping out the candy thermometer and getting down to caramel-making business in no time. And since today is Canadian Thanksgiving (my first time spending it in the United States), I wanted to share a pumpkinny recipe with you all. 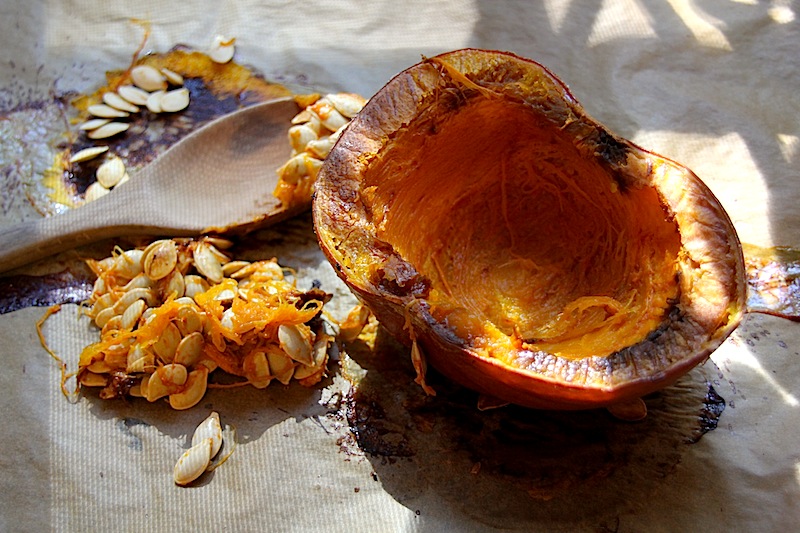 These little guys were easy to make, except for the part when you're boiling the caramel and waiting for it to reach candy temperature. I got impatient and kept thinking I must be doing something wrong since it was taking for-EVER, but once temperature was finally reached and the caramel poured and cooled, it was an act of pure pleasure to slice through them and see that lo and behold, they had turned out perfectly. So be patient and don't worry if it's taking a while, even more than 30 minutes. 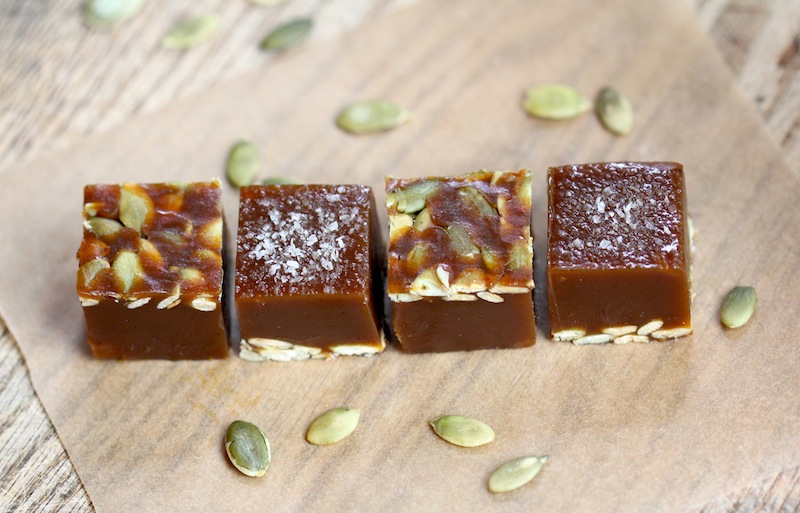 I did make one key change to the original recipe which calls for part corn syrup, and part maple syrup, because you may remember how I feel about corn, so I opted to forego the corn syrup and use all maple syrup instead. I was initially worried it might skew the texture, but I did it anyway and the caramels turned out beautifully. 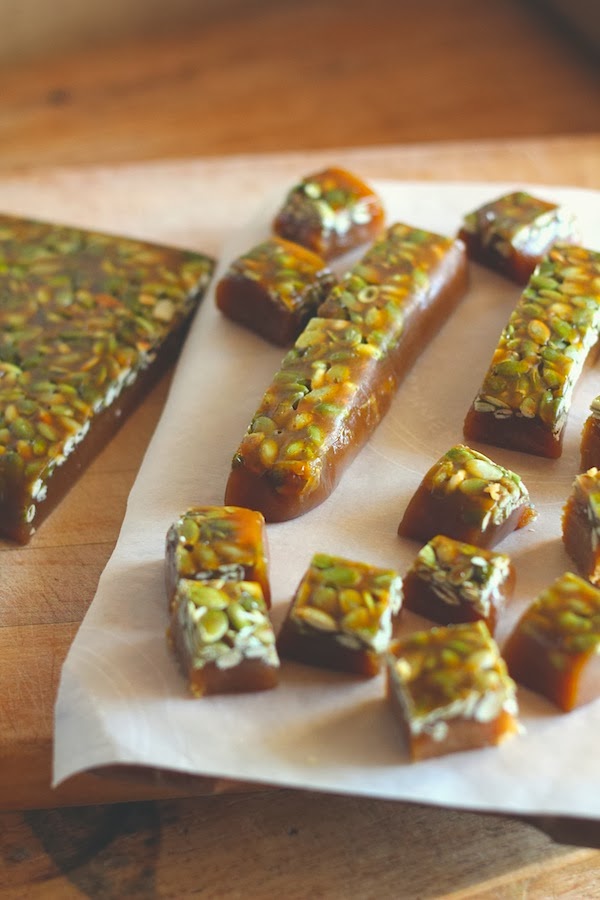 If there's one pumpkin dessert you make this fall, please make it be this one. I guarantee you won't regret it. And if you don't own a candy thermometer, it is worth going out and buying or borrowing one just to make this recipe. Seriously. 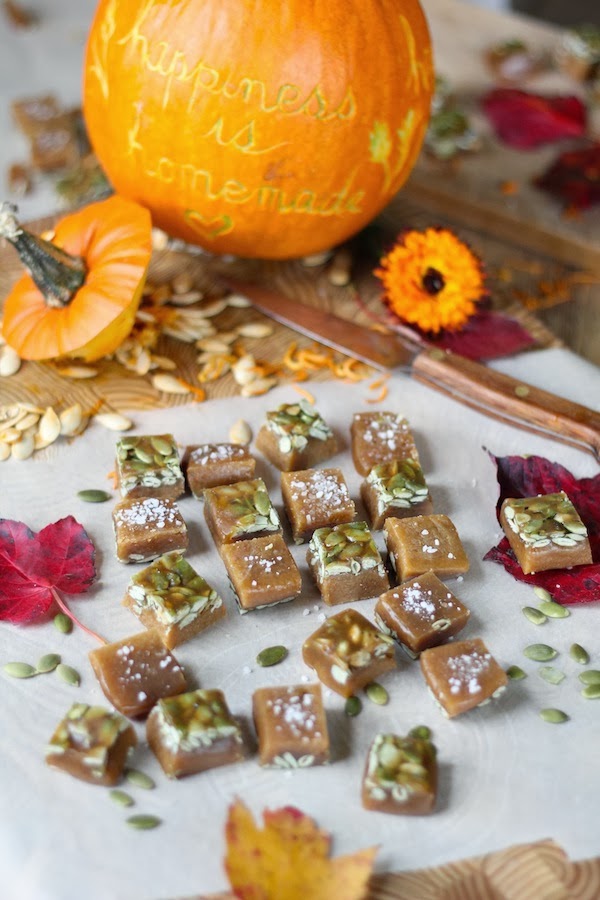 SALTED PUMPKIN CARAMEL
Adapted from Food 52  (and by the way, the genius who invented this recipe deserves a gold medal and good karma for ever and ever)