A holiday fruit salad... the way my mom made it 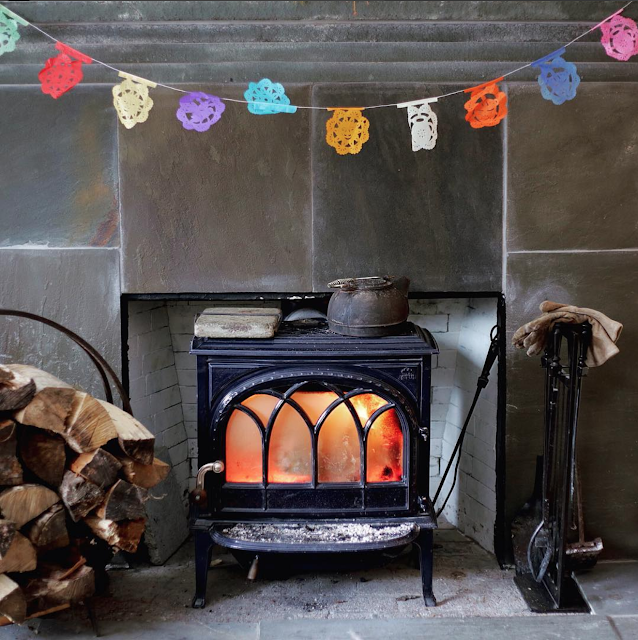 I'm sitting here wondering... is there a limit to how much butter a person can handle? I walked into the kitchen yesterday armed with 2 pounds of butter which somehow instantly disappeared into the parade of my usual holiday concoctions (I tend to think of it as my own little trifecta of holiday doughs... rich and unrestrained): Tourte Milanaise for breakfast (this year I managed to tackle my very own puff pastry thanks to a tattered copy of The Joy of Cooking which expertly guided me through the process), Tourtière for dinner (with an all-butter spelt crust), and of course my mom's boozy, eggy, yeasty, buttery Baba au Rhum...  (my belly is already all warmed up from the most recent one). It would all be fine and dandy but the thing is, this year I'm spending a quiet, snowy, secluded Christmas with my love... which means... there are only two of us... which means... we're well on our way to chowing down, unaided, 2 pounds of butters worth of Christmas baking. Yeesh. We're balancing it out with walks and salads... but still... Luckily, I was brought up with the notion that these cold northern climes call for plenty of fortification and that the pillars of a well-spent winter include a pile of long-postponed books, a few zealous knitting projects, and importantly, heaps of butter (organic and grass-fed, bien sûr) and hearty baked goods. 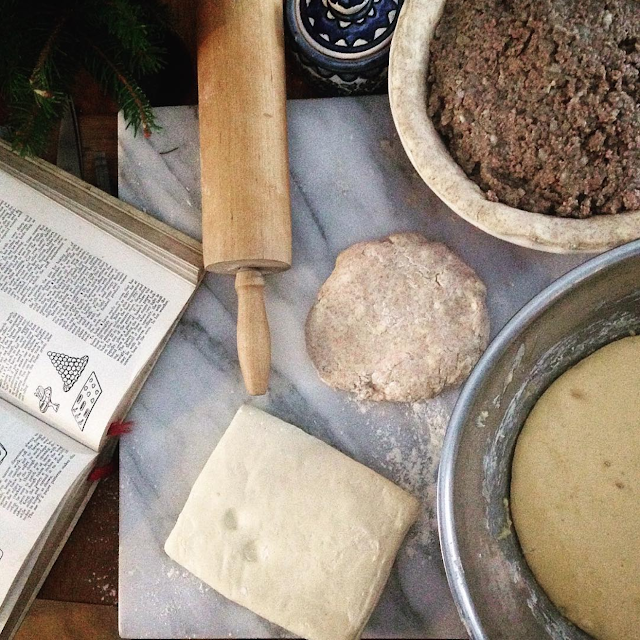 As you may have gathered from my lack of blogposts this past year, it's been a non-stop race to finish my film, and this blog took the back-burner for a bit. But I've missed it and I'm excited to finally get some days to rest by the fire, browse new cookbooks, gather up fresh recipes to try, and find my way around a warmly humming kitchen again.

It's been an incredible year and I want to thank all of you who so kindly encouraged me and contributed to helping me finish this film. It was by far one of the most challenging projects I've ever embarked on. I often questioned whether I could pull it off and I never could have done it without your support. In the next few days, I'll be sending out a proper film update to all those who contributed to the film's crowdfunding campaign as well as the Indiegogo perks you've been so patient about (thank you!!) including your very own copy of the film to watch. The film had its world premiere in September and has so far won 5 awards at film festivals, we're on a roll! It will continue the film festival circuit into the new year, as well as theatrical and community showings, so stay tuned for a screening near you (and stay updated by following the film's Facebook page).

I wish you a restful and joyful holiday season, and a very merry Christmas day to those that celebrate it. I'm sharing my new Christmas video below, and my mom's fruit salad, which she always made around the holidays to counteract that aforementioned butter bonanza. For holiday pizazz, she would adorn her fruit salads with either a few glugs of an aromatic booze or some floral essence, sometimes a bit of dried fruit such as currants, nuts or seeds for a crunchy topping, and a dollop of tart yoghurt. So refreshing between all those doughy delights! 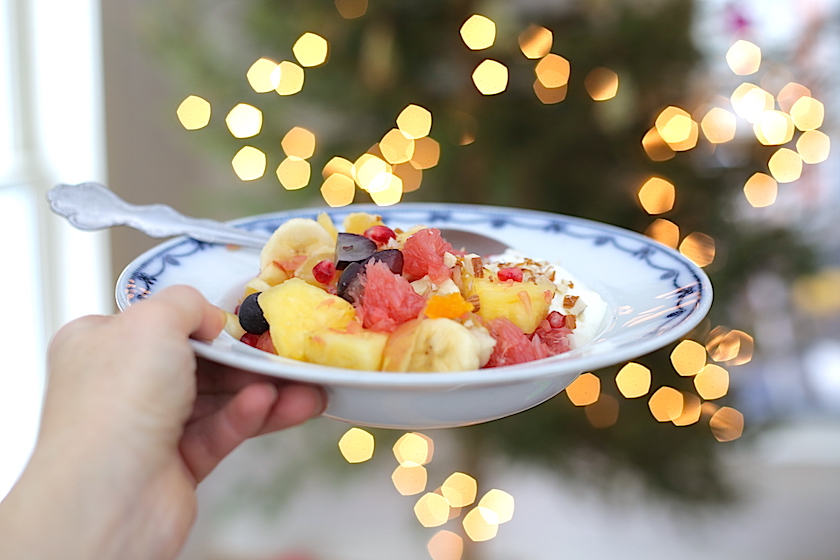 My mom's holiday fruit salad
(Think of this more as a guide than a recipe and customize it to your tastes and what you have on hand. )

The salad:
6 to 8 cups of chopped fruit of your choice (I like to use a mix of grapefruit, orange, pear, apples, bananas and pomegranate)

The perfume:
About 1 to 2 Tbsp brandy or other liqueur, or a teaspoon of orange blossom water

The topping:
Yoghurt (or whipped cream)

In a large serving bowl, mix the liqueur or floral water with the chopped fresh fruit as well as the dried fruit. Serve in individual bowls with a generous dollop of yoghurt and a scattering of chopped nuts. Enjoy!

And my latest video... for the Spruce Shortbread recipe, click here!

The world is a different place...

Ahoy friends! This is my longest absence yet from this wee corner of the ever-expanding universe of the interwebs. And since I last wrote in August, so much has happened in the world, a reminder that the one thing that's always constant is change, that nothing is certain, and that the world can become a very different place in a very short time. These trying political times certainly call on us for greater engagement in our communities, deeper compassion and understanding, action, vigilance, and resistance! How are you all holding up?

It's been quiet on this little blog because as many of you know, I've been finishing my very first feature film, and it's taken much longer than I ever anticipated. I arrived in Toronto last April, rough cut of the film in hand, the promise of spring in the air, thinking it would take oh, give or take 3 or 4 months to bring the film to completion. Ha, that was a funny little joke I played on myself. Almost a full year later, after countless hours, days, weeks, months of nose-to-the-grindstone unrelenting effort, here I finally am, 2 months away from the film's release in April! In fact, yesterday, I finally delivered (shaky hands and all) my picture lock (my baaaaaby!!) to the post-production house where it will get colour corrected and all polished up and mastered and ready for the world. It's certainly been a long uphill battle, but one that always had the undercurrent of an inexplicably-propelled determination that come hell or high water, I would finish this thing... for myself, and for my mom... and for YOU! Yes, you. Wherever you are, whoever you are, I have a story I've been wanting to share with you. And I'm almost ready to do so.

I want to thank you so much for all the support, the ongoing words of encouragement, the generous contributions to my Indiegogo campaign (where I'm still trying to raise the last of the finishing funds needed to complete). Many of you have asked if I am still making my video recipes and the answer is yes! Albeit on a somewhat reduced basis until the film is released in April, but yes, every month, I'm still making a new video. In case you missed them, I'm posting the latest ones here below. But please know that once the film is fully finished and released, I'll be back to sharing new recipes with you on a much more regular basis. In the meantime, I hope this month of February is treating you well. I leave you with this quote which I've been coming back to again and again lately:

Your heart knows the way.
Run in that direction.

Click here for the recipe for Crespelle in Brodo